What is the permgen

The Permanent Generation (PermGen) Heap is a heap in the JVM dedicated to storing the JVM’s internal representation of Java Classes (and also interned String instances). Usually, this heap is of a fixed size in the JVM and if it runs out of space then an OutOfMemory exception is thrown even if there is space available in the other heaps.

We recently ran into such a problem where our JBoss container running on the TeamCity agents started crashing with a permgen out of memory exception.

We were lucky enough to have a heap dump of the crashed java application so we were able to use the Eclipse Memory Analyser Tool (MAT) to analyse the dump. The following are the steps we took to discover the leak and it's source.

Load the heap dump and ran the leak suspects report which showed 343 instances of org.jboss.modules.ModuleClassLoader each being ~9.2 Mb in size. This confirmed that our problem is an errant reference from the JVM boot class loader to one or more of the classes in the application class loader. 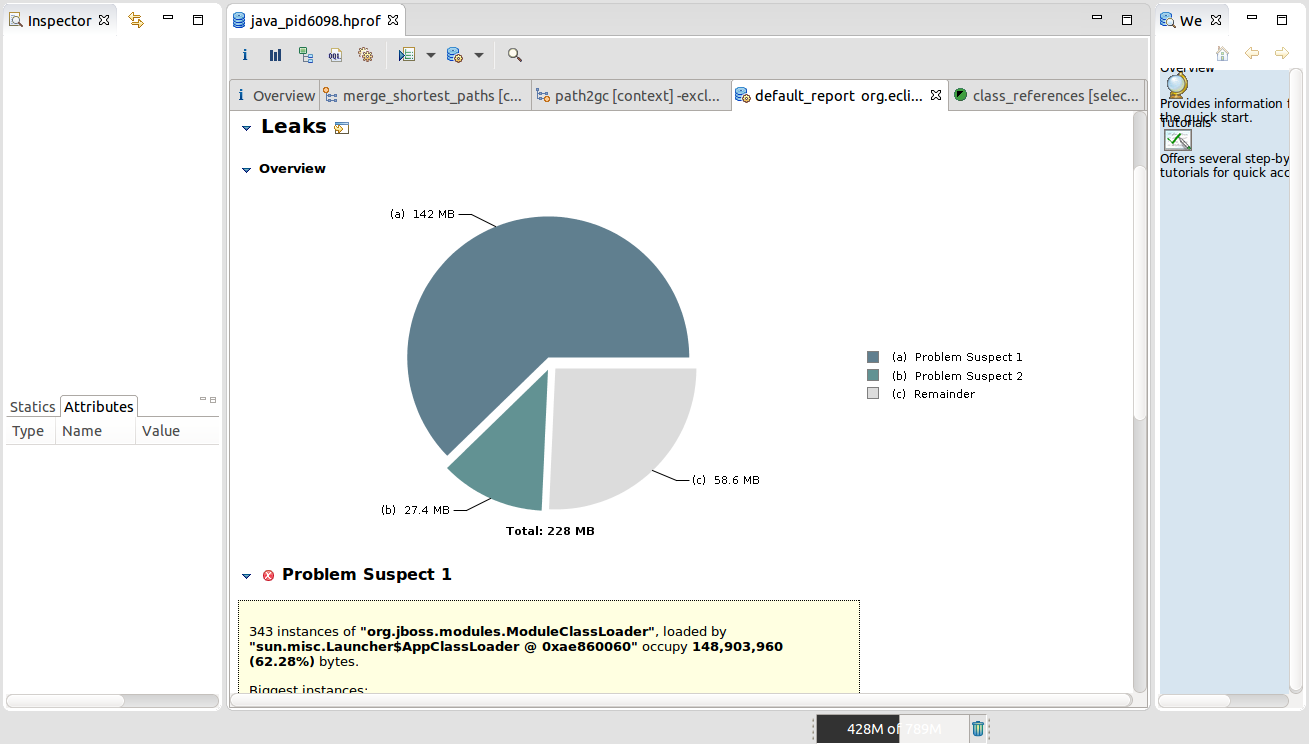 An eclipse MAT leak suspects report which is basically a list of the biggest objects by retained size. If these objects are instances of the same class then that makes them an excellent leak candidate.

We then clicked back to the overview tab and then clicked on one of the ModuleClassLoader instances, then selected the Merge Shortest paths to GC roots menu option and then finally exclude weak references to discover who is holding a reference to this instance. 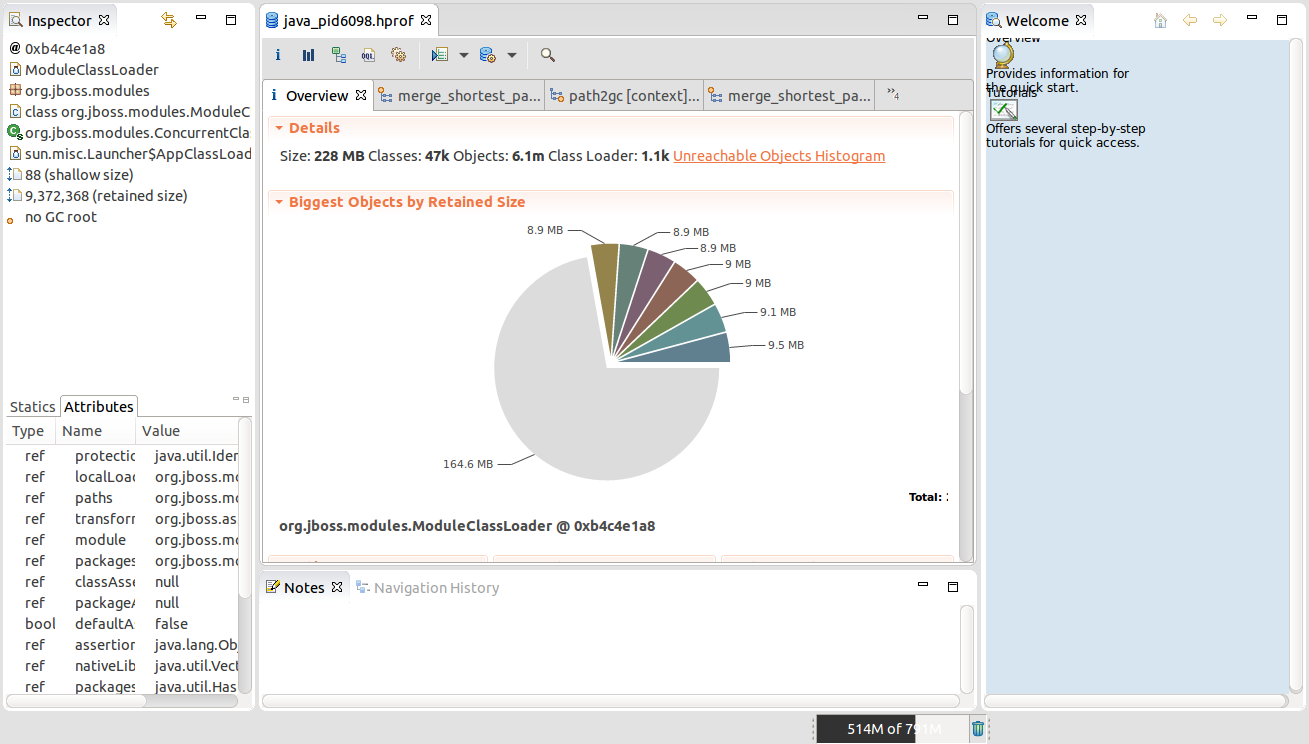 The MAT overview page which shows a chart of the biggest objects in memory. In our case most where ModuleClassLoader instances each around ~9.2 Mb in size. Clicking on any one of these objects will show a detailed view in the left pane. 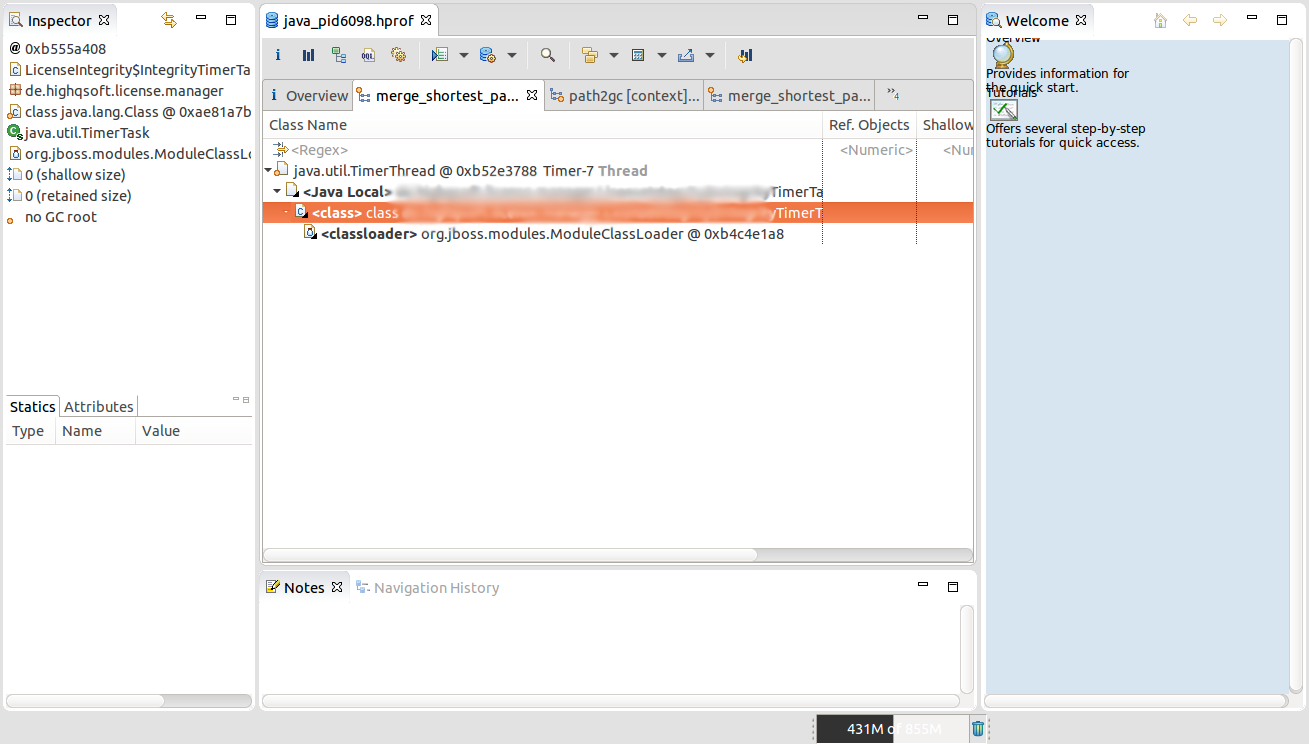 Note how a leaked timer thread is holding a reference to code within a deployed application.

Further source code investigation led to the confirmation of this behaviour as this instance was being run a as a scheduled task in a daemon thread.

Steps to use visualvm to profile memory for a standalone JBoss application:

The following resources were incredibly useful in helping to track down the problem and find a solution: