A while back I came across a really powerful method on writing git commit messages: prefix each commit with a single character to indicate what type of a change it is.

Before I can present this however, if you already haven't read the article on how to write a good commit message by Chris Beams, please do so first. The article clearly makes a case for a sane git history and lists out 7 golden rules to writing a commit message:

In one of my previous teams, we tried to follow the above guidelines but ran into some trouble due to the fact that a majority of the members were non native english speakers. The biggest issues that we struggled with were limiting the subject line and knowing how much information to put into the body vs the subject. Moreover, the choice of verbs radically differed from one person to another, e.g. whereas I would write something like "Add authentication to item routes", a colleague might enter "Refactor item routes". 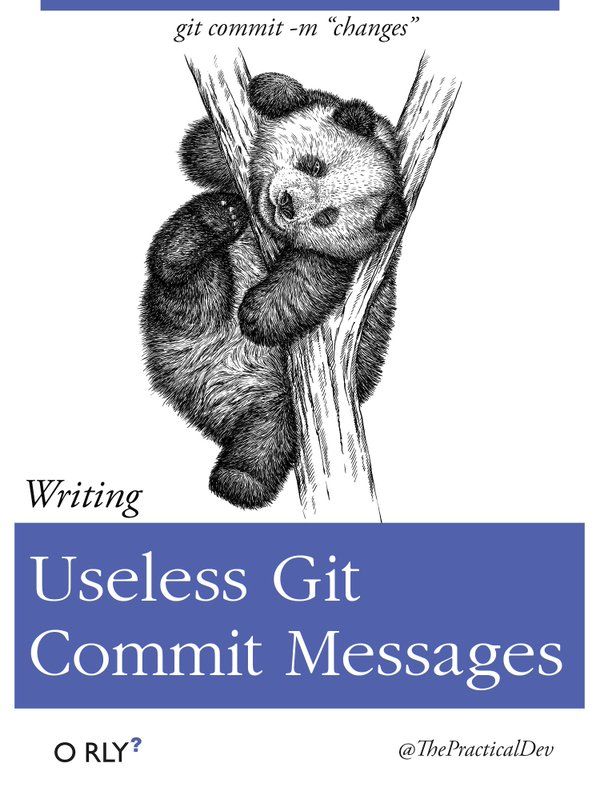 A must-read for anyone using source control

To enable people getting on the same page, prefixing each commit with the intention of the change can be a very powerful aid. Here are the proposed prefixes:

Given the above, our hypothetical commit examples now look like the following: "F add authentication to item routes" and "F refactor item routes" since it is a feature addition1. Most importantly, looking at the commit history, we can clearly see what commits induced changes and of what type. Also note that small case prefixes are reserved for instances where there are no changes to functionality.

To conclude, while this definitely does not replace the guidelines for writing git messages, it is a low friction change which enhances the subject line with more context :)

1 knowing my previous team it is very likely that we would still argue about whether this was a feature or a refactoring but I'm pretty sure that we would be able to settle on F eventually!